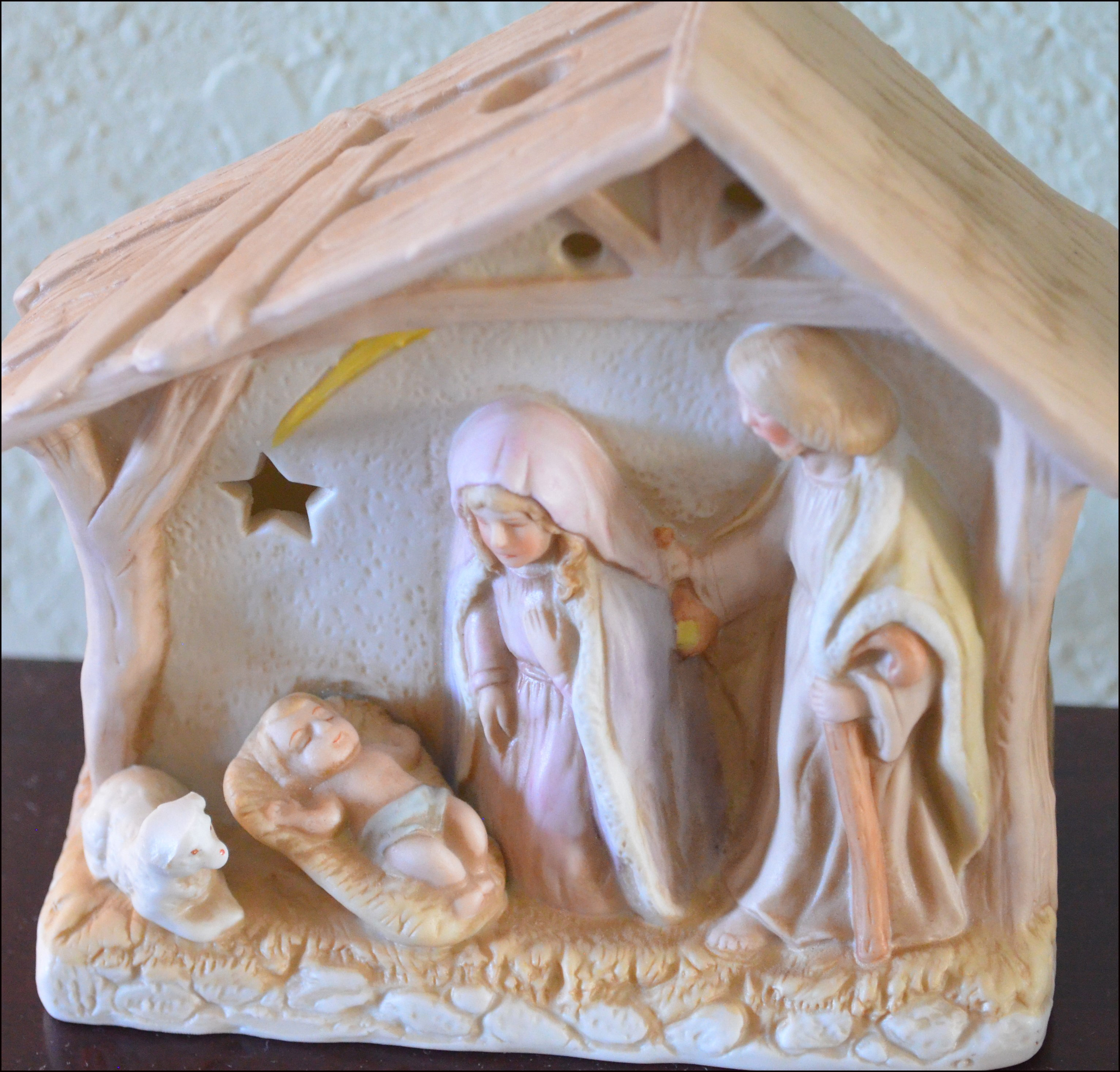 My wife, Kathy, collects nativity scenes. We think she has about 35 or so. This collection is one of the most joyful and meaningful to us. Each year the collection comes out piecemeal and is distributed throughout the house in decorative locations. As we unbox each scene we reflect on where it comes from and what it means to us. Would you let me share some of these with you?

When Kathy was a teenager, she was fascinated by this little nativity lamp that her grandmother had. When you turn the switch the small lightbulb inside illuminates Mary and Joseph from behind, and a glow comes through the star and shines on baby Jesus’ face. Seeing how happy it made her, Kathy’s grandmother gifted her the nativity lamp, and it’s been a part of Kathy’s Christmas celebration ever since.

The word Nativity comes from the Latin word “nativus” which means “born.” The term is used primarily in connection with the birth of Jesus Christ. Beginning in the thirteenth century artists began painting and sculpting scenes depicting the birth of Jesus, based on the descriptions found in the Gospels of Mathew and Luke. In 1223 Francis of Assisi created the first living nativity.

In its very simplest form a nativity scene exhibits figures representing the infant Jesus, his mother Mary, and her husband Joseph. Often the Holy Family is depicted in a stable. Some add elements from Luke’s narrative including an angel, shepherds, and animals. Others may add the wise men, or Magi, and the star from Matthew’s account.

Looking more closely at this nativity, we discover some interesting details. Attending Christ Jesus in the stable is a lamb, a symbol of gentleness, innocence, and purity, that represents Christ as both suffering and triumphant. The baby Jesus Himself is laying peacefully in the manger, almost cruciform, foreshadowing his death. Mary looks on in adoration, her hand over her heart conveying sincere, loving thought. Joseph, with his hand on Mary, looks to her with concern. In his right hand is a bag, possibly with gold or money (the wise men have not yet arrived with their gifts), symbolizing father provider. In his left hand is neither the tools of a carpenter, nor the traditional staff with a lily blossom, but rather a shepherd’s crook, symbolizing father protector. And the star streaks across the sky and stops over the newborn Christ child, to guide us to Him.