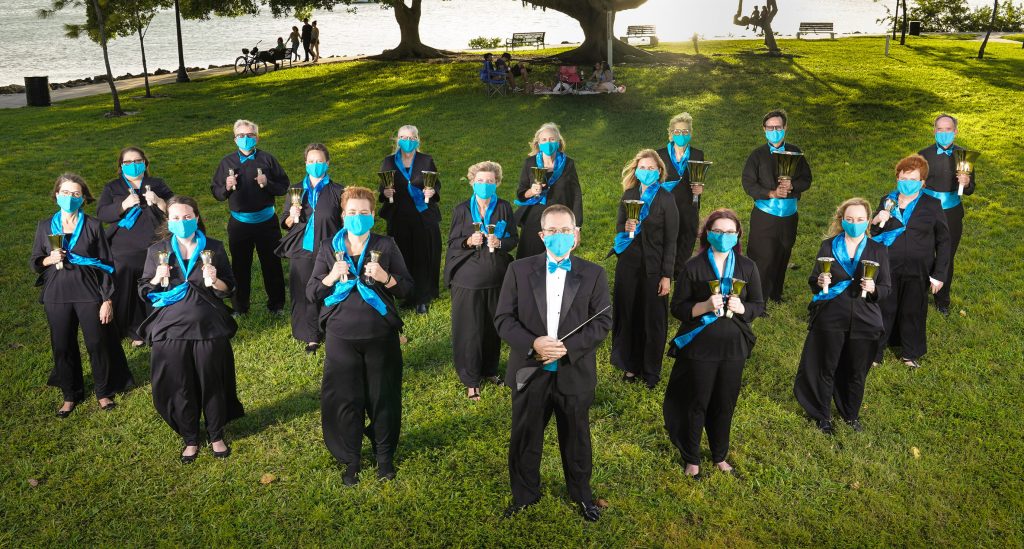 Now in its 11th season, Ring Sarasota, the area’s premier handbell ensemble, is making music throughout the Gulf Coast. With a passion for ringing, these spirited musicians captivate audiences from ages seven to 97 with a unique combination of entertainment, education, and community engagement.

Dedicated to enhancing handbell ringing as an art form, the Sarasota‐based group under the direction of former Navy bandleader Rick Holdsworth showcases over 200 bells rung by 15 ringers to create a symphony of sound with special effects mimicking the piccolo, percussion, chimes, and trombone, even the Tibetan singing bowl! Ring Sarasota attracts member ringers from as far north as Tampa Bay and as far south as Fort Myers.

Have you just about had enough of staring at your four walls for the last 9 months…not being able to travel safely…not being able to visit family in other parts of the country!  Well here’s your chance to join us as we take off on a guided musical tour on the “HIGHWAYS AND BYWAYS” of our great country.

Leaving from our base in Sarasota we will join a hoedown Deep in the Heart of Texas, dance the Tennessee Waltz, give our regards to old Broadway, jive to those California Good Vibrations, sit By the Lakeside in Minnesota, enjoy a Mint Julep with Georgia on My Mind, march to the Washington Post in D.C and bring it all back home to Beneath the Sparkling Skies of Sarasota.

More information and a concert schedule can be found at www.ringsarasota.org